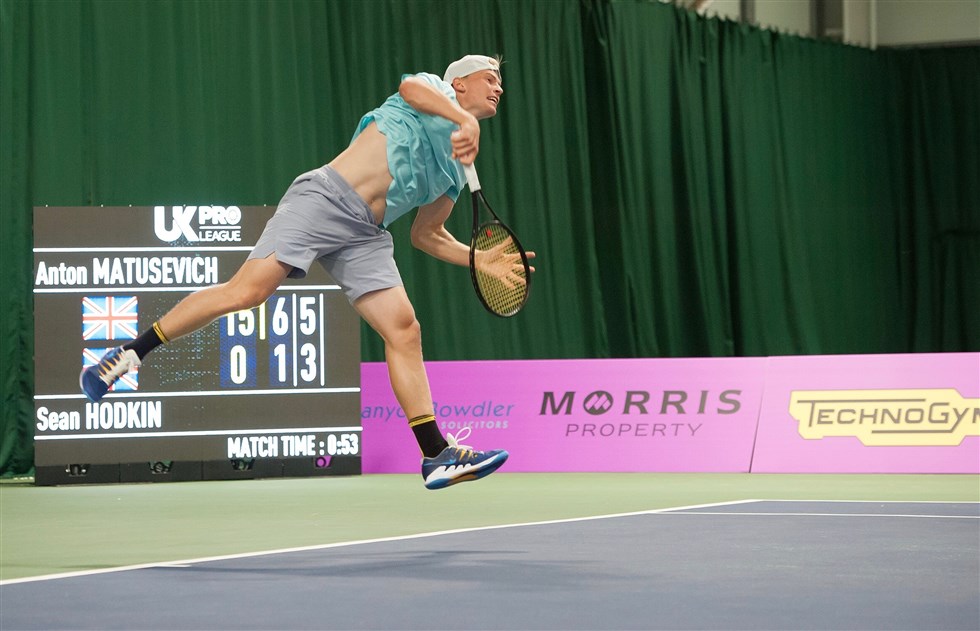 Anton Matusevich, in action on his way to winning of the UK Pro League men’s title in November, is set to make a quick return to The Shrewsbury Club to play in the Budgen Motors ITF World Tennis Tour M25 tournament. Picture: Richard Dawson.

Paul Jubb and Aidan McHugh - both ranked in the British top 10 - have entered the men’s event.

The overseas players to have entered include Dutch ace Igor Sijsling, once ranked as high as 52 in the world, and a former Australian Open men’s doubles finalist.

Qualifying for the $25,000 International Tennis Federation tournament starts on Monday, February 7, with the main draw matches beginning the following day. The singles and doubles finals will be played on Saturday, February 12, with tickets now on sale for spectators to enjoy the action throughout the week from court-side stands at the Sundorne Road venue.

Dave Courteen, The Shrewsbury Club’s managing director, said: “It’s always exciting when the acceptance list is announced and we are really looking forward to welcoming players from around the world to Shrewsbury.

“There’s a strong entry from British players and they will be hoping to follow in the footsteps of Jack Draper, who was the winner the last time we staged an ITF event at The Shrewsbury Club.

“Paul Jubb made his Grand Slam main draw singles and doubles debut at Wimbledon in 2019, while Aidan McHugh played in the men’s doubles and mixed doubles at Wimbledon last year.

“There’s so many other excellent British players heading to Shrewsbury, including Anton Matusevich, who so impressed local tennis fans when he was crowned men’s winner of the UK Pro League in November.

“A number of the other British players who played here in the UK Pro League, the likes of Henry Patten, who was runner-up, Billy Harris, Giles Hussey and Dan Cox have also entered next month’s tournament.

“These are always fantastic events. We love to host them and it’s a great opportunity for people to watch some brilliant tennis."

Daily admission tickets for the tournament start from £5 and rise to £15 for finals day, with a weekly pass, which will guarantee a seat for all of the tournament’s matches, costing £30.

A busy schedule of hospitality events has also been arranged, with guests to be entertained in a marquee.

To buy tickets and for more information about the hospitality events, visit www.worldtennistourshrewsbury.com/tickets-and-events/