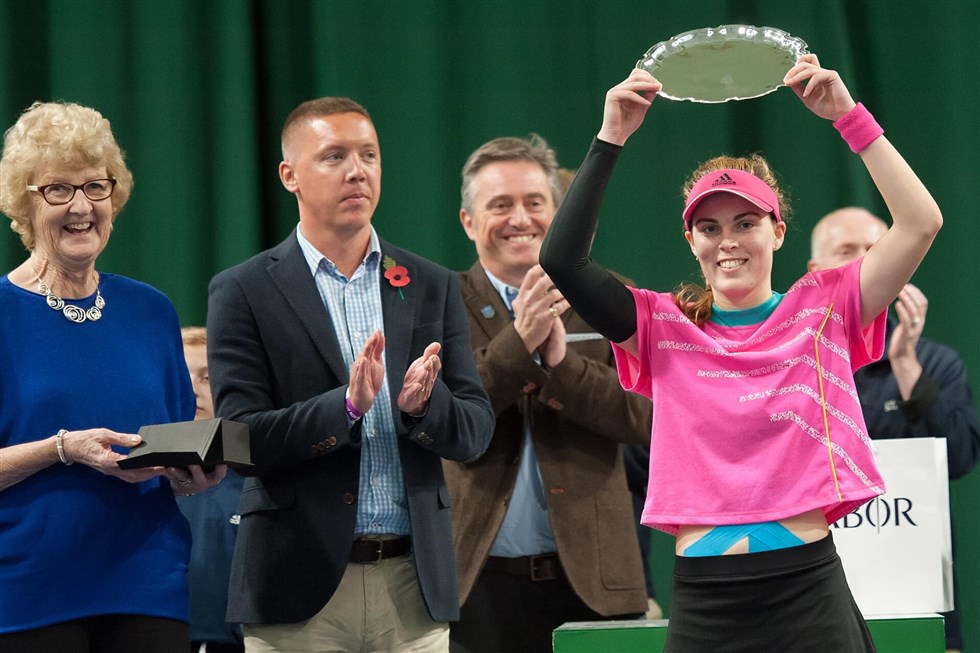 It is with immense sadness that we learnt of the passing this morning of club member and the LTA's first female President, Cathie Sabin.

Cathie was much loved by everyone at the Club and helped influence the growth of the tennis programmes at the Club over the past few years. She played an active part in the ITF World Tour events and the picture captures her joy at presenting the trophy to up and coming British player, Maia Lumsden, when she won here in November 2018.

"Cathie, in her wonderfully humble and kind way helped me immensely to shape a successful tennis strategy here at The Shrewsbury Club when we bought the Club out of administration in 2011. She has been my "go to" person for sensible advice and wise counsel ever since. Her involvement and support at the ITF World Tour events has helped us grow them into the events they now are and over the last couple of years she has been in charge of organising the army of volunteers that help make staging the event possible. Cathie was as passionate about developing the game at grass roots level and encouraging volunteers as she was about developing the game at a more elite level."

"She was an incredible ambassador for Shropshire throughout her tenure as LTA President. There will be many tributes paid to her work for British Tennis and all that she achieved in her national and international roles, and rightly so. But right now, we are just so grateful for the impact and legacy she has left us in Shropshire and hugely honoured and priveleged to have known her"

Everyone at the Club will treasure the memories they have of Cathie and our thoughts are with her husband John and sons, Ben and Simon and their families at this time.