The LTA’s National Wheelchair Tennis Championships make a popular return here to The Shrewsbury Club for the third successive year this week.

The prestigious tournament, which also incorporates the National Series Finals, will see players from around the country competing at our indoor courts.

The action starts on Thursday afternoon (2pm), with a busy schedule of matches taking place until Sunday.

Dave Courteen, The Shrewsbury Club’s managing director, said: “We are really proud to host this prestigious event. It’s brilliant that we can bring such a great event with players from all over the country to Shrewsbury.

"We are committed to supporting all forms of tennis at The Shrewsbury Club, with wheelchair tennis very high on our agenda.

“We are delighted to host the Shropshire Wheelchair Tennis Group’s regular sessions, which are part of our very active wheelchair tennis programme.

“We always look forward to hosting the National Championships and welcoming players from around the country to the town."

Last year’s Shrewsbury tournament featured ten-time Grand Slam champion Jordanne Whiley, who was crowned winner of the women’s singles competition, but she is not among the 56 entrants this time.

“It’s nice that we can also hold the tournament dinner at the club on the Saturday night to keep everything really central.”

A number of locally based players are taking part in the event, including Scott Smith from the Shropshire Wheelchair Tennis Group.

He said: “It’s great that the tournament is being held at The Shrewsbury Club for the third year in a row. It’s an excellent venue and the club do a very good job in welcoming the players."

The other Shropshire Wheelchair Tennis Group players to have entered are Val Fisher, Deena Webster, Craig Nicholson and Geoffrey Perkins.

Tennis Shropshire chair Simon Jones stressed the National Championships returning to Shropshire once more served as a boost for wheelchair tennis in the area.

“We’re very proud to be hosting this tournament in Shropshire,” he said. "It’s always been well received, with many compliments about the venue and the way the event is run.

"We appreciate the LTA have given us the opportunity to continue to host it in the county and it helps to further enhance our development of wheelchair tennis in Shropshire.”

Pictured: This will be the third year the LTA’s National Wheelchair Tennis Championships have been held here at The Shrewsbury Club. 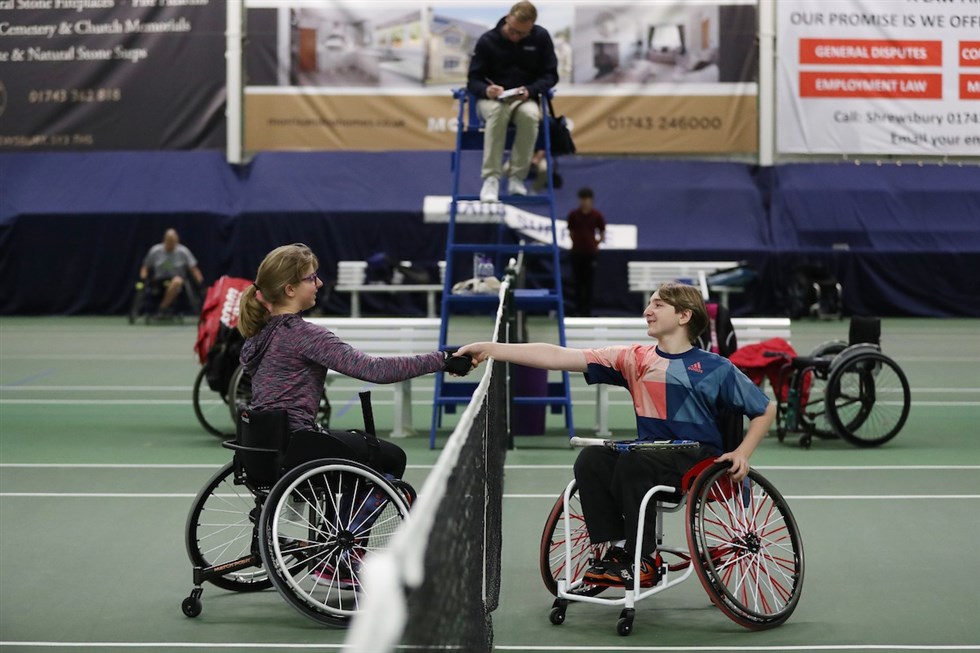