The Shrewsbury Club has thrown down the gauntlet to our members by challenging them to leap into a series of fitness challenges  - all in aid of a Shropshire charity this weekend.

To mark 2020 being a leap year, we have organised a host of jump-related activities in our gym this Saturday, February 29 to raise funds for The Harry Johnson Trust.

The Leap for Harry was inspired by the charity’s 'Sooper Frog' logo, and will include squat jumps and jumping lunge repetitions.

Club members are being asked to take part and make donations to the charity which supports Shropshire and Mid Wales children with cancer. It was set up by Sally and Stephen Johnson to treasure the memory of their son Harry who died after a brave battle with a rare childhood cancer.

Dave Courteen, The Shrewsbury Club’s managing director, said: “A leap year comes round once every four years and we thought it would be nice to do something different to support a great local charity.

“We are well aware of the excellent work of The Harry Johnson Trust through a number of connections with the club and the amazing work that Harry's parents do with the Trust.

“As it’s leap year and the charity’s logo is a frog, it’s a strong connection and it’s the inspiration for this weekend’s event.

“We always try and raise money for local causes and we hope our members will be generous on Saturday.”

We will also donate £10 to The Harry Johnson Trust for everyone who signs up to become a member on Saturday.

Sally said: “Thank you to The Shrewsbury Club for organising this weekend’s event. It’s a brilliant idea to link the leaping of a frog, which is our logo and had been drawn by Harry himself, with the fact it’s a leap year and fitness.

"It’s a natural link between the three and I hope it’s really enjoyable for the members to do something a little bit different. It’s also a good way to further spread the word about the Trust and what we do.”

The Trust was set up by Sally and Stephen after Harry passed away in July 2014 aged just seven-years-old.

Harry, from Vennington, near Shrewsbury, had been diagnosed with Double Hit non-Hodgkins Lymphoma. He was only the third child known to have this form of cancer at the time he was diagnosed.

Pictured: Kieran, Victoria and Holly, part of the gym team here at The Shrewsbury Club, are looking forward to Saturday’s event in aid of the Harry Johnson Trust. 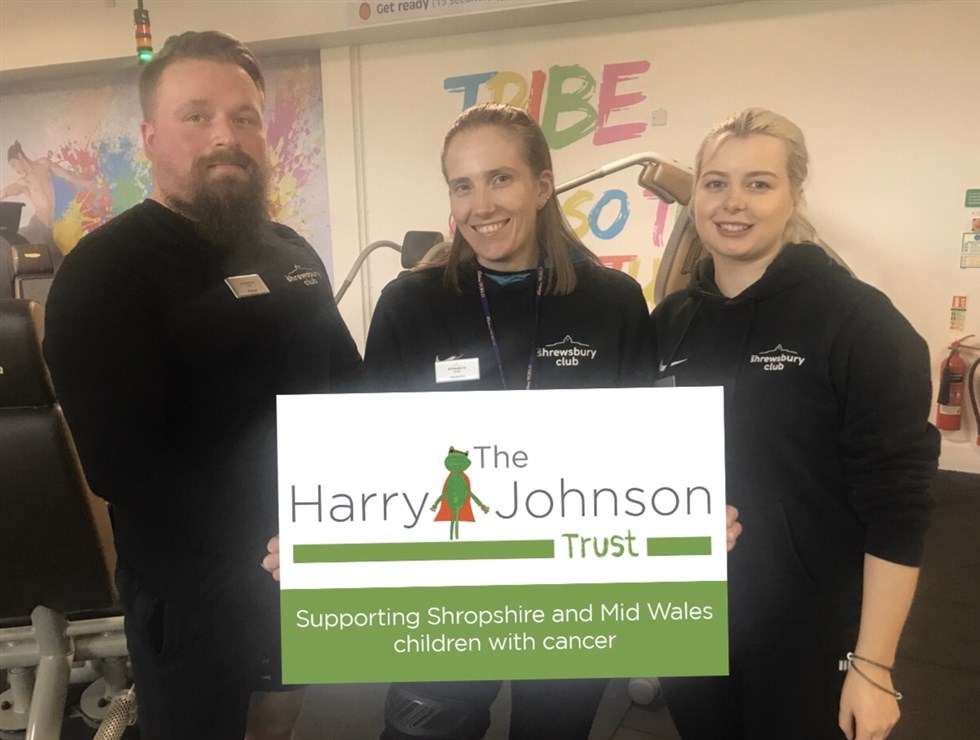