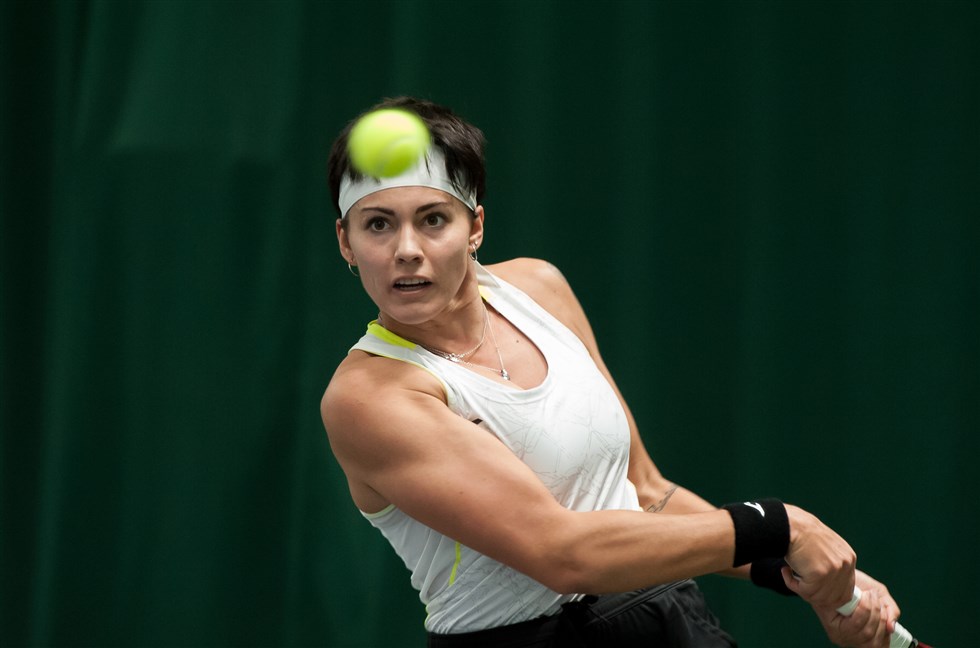 Less than four months after an untimely injury ended her hopes of challenging for a tournament title here at The Shrewsbury Club, rising Spanish star Aliona Bolsova will today be seeking a place in the quarter finals of the French Open.

Bolsova, 21, who impressed members and local tennis fans alike when she competed in the Budgen Motors World Tennis Tour W60 Shrewsbury tournament in February, takes on American Amanda Anisimova at Roland-Garros with a place in the last eight up for grabs.

Bolsova, the fifth seed for the $60,000 event in Shrewsbury, made assured progress to the semi-finals during her week in Shropshire, not dropping a set in registering three impressive victories.

She was then level at 3-3 in the opening set of her last four clash with eventual champion Vitalia Diatchenko before an unfortunate ankle injury prevented her from being able to continue.

Bolsova, currently ranked 137 in the world but set to climb much higher, has since responded impressively and has stepped into the world media spotlight for her stunning run in Paris.

This is the first time Bolsova has competed in a Grand Slam main draw and she will now be bidding to become the first player to reach the quarter finals on her Grand Slam debut since Carla Suárez Navarro's run to the last eight in Paris in 2008.

Ahead of the French Open getting under way, Bolsova, who had to come through two qualifying matches, had only beaten one player ranked in the top 100 - but she has now added three more to the list in progressing to the last 16.

Dave Courteen, MD of the Club, said he's delighted to see Bolsova playing so well in Paris and he will be following her progress later today.

He added: “It was so unfortunate for Aliona when she suffered an injury in the early stages of her semi-final here at The Shrewsbury Club. She had played so well throughout the tournament and her talent was obvious to everyone lucky enough to see her play. One of our team of volunteers had to take her straight from the court to hospital. We also arranged to collect her and help her get to the airport.

“At the time the injury looked a pretty serious one, so it’s fantastic to see her shining in Paris and Vitalia Diatchenko, her opponent in the semi-final her at the Club, took a set off Serena Williams in the French Open last week.

“It again serves to underline the quality of the players we are fortunate to attract to play in Shrewsbury and it's always interesting to following their progress.

“The likes of Angelique Kerber, Karolina Pliskova, Heather Watson and Johanna Konta have also graced our courts in the past.”