Pupils from Shrewsbury’s Greenfields Primary School, Oakmeadow in Bayston Hill, Prees, Whixall and Newtown C of E Primary School joined us for the day.
The event was part of the successful schools programme, backed by Budgen Motors, which is run here at The Shrewsbury Club.

The youngsters took part in their own tennis competition, watched some of matches in the International Tennis Federation tournament from court-side stands, and also had the opportunity to take part in a question and answer session with Bernardo Azevedo Pereira E Oliveira, a professional tennis player from Brazil.

Simon Haddleton, our director of tennis at The Shrewsbury Club, said: “We had 48 children from five schools with us and they enjoyed taking part in their own tennis competition alongside the professional M25 event.

"The children played doubles in a timed competition which allowed them to play lots of different pairs in a fun and informal environment.

"There was a mixture of abilities and experience in the event, and they all had a great time, thoroughly enjoying the opportunity to play some matches and improve their skills throughout the morning.

“It was fantastic that the children had the opportunity to meet one of the professional players taking part in the tournament and ask some questions, before also having the chance to watch the professionals in action during the afternoon.”

“The support provided by Budgen Motors in support of the programme working with local schools is invaluable,” he said.

“It enables us to provide tennis opportunities to a large number of local school children, giving them an introduction to tennis and allowing the opportunity to talent identify those children who naturally pick up the sport and educate them about further opportunities at the club.

"The Shrewsbury Club now has a dedicated schools co-ordinator, Henry Broadhurst, who has focused on widening the opportunities and scale of our local schools programme.

"We now have links with 12 primary schools within the local community, offering after-school coaching sessions, and are excited to be growing this further in the new year.” 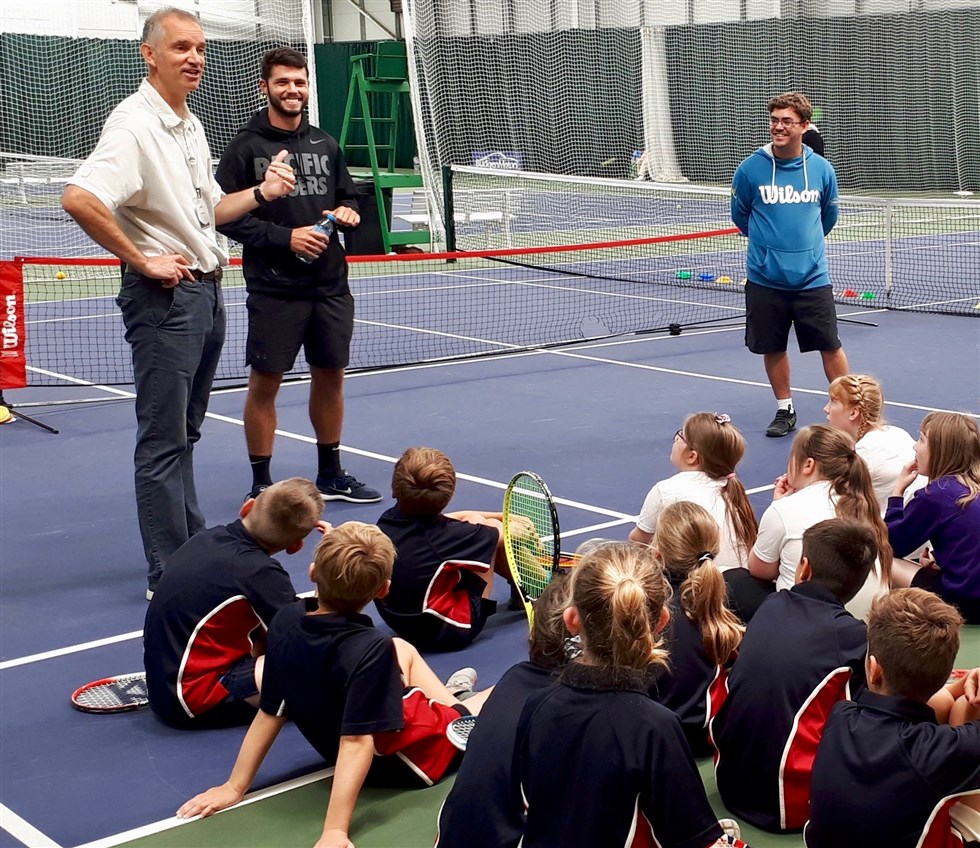